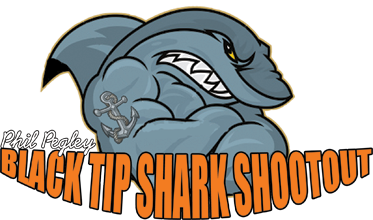 Mote Marine
New Catch & Release Rules, Tagging
The Blacktip Shark Shootout is working with the Director of the Mote Center for Shark Research, Robert E. Hueter, Ph.D in an effort to use tournament catches in Mote's shark tagging program - an over 20 year old program.

Through tagging we learn about species migration, survival and growth, all important parameters for understanding the biology of these important predators and developing science-based management plans for their rational utilization as a marine resource.

As Director of Mote Marine Laboratory’s Center for Shark Research, I would like to salute your efforts to transform the Blacktip Shark Shootout into a science and conservation-oriented, tag-and-release fishing tournament for sharks of Tampa Bay. As you know, populations of sharks in the southeast U.S. have been severely depleted by overfishing over the past 35 years. Some species, such as the dusky shark, are in such trouble that they are being considered for endangered species status. Other species, such as the blacktip shark, are more resilient and faster reproducing, and I am glad to see that your tournament focuses on this relatively abundant and not overfished shark of Tampa Bay.